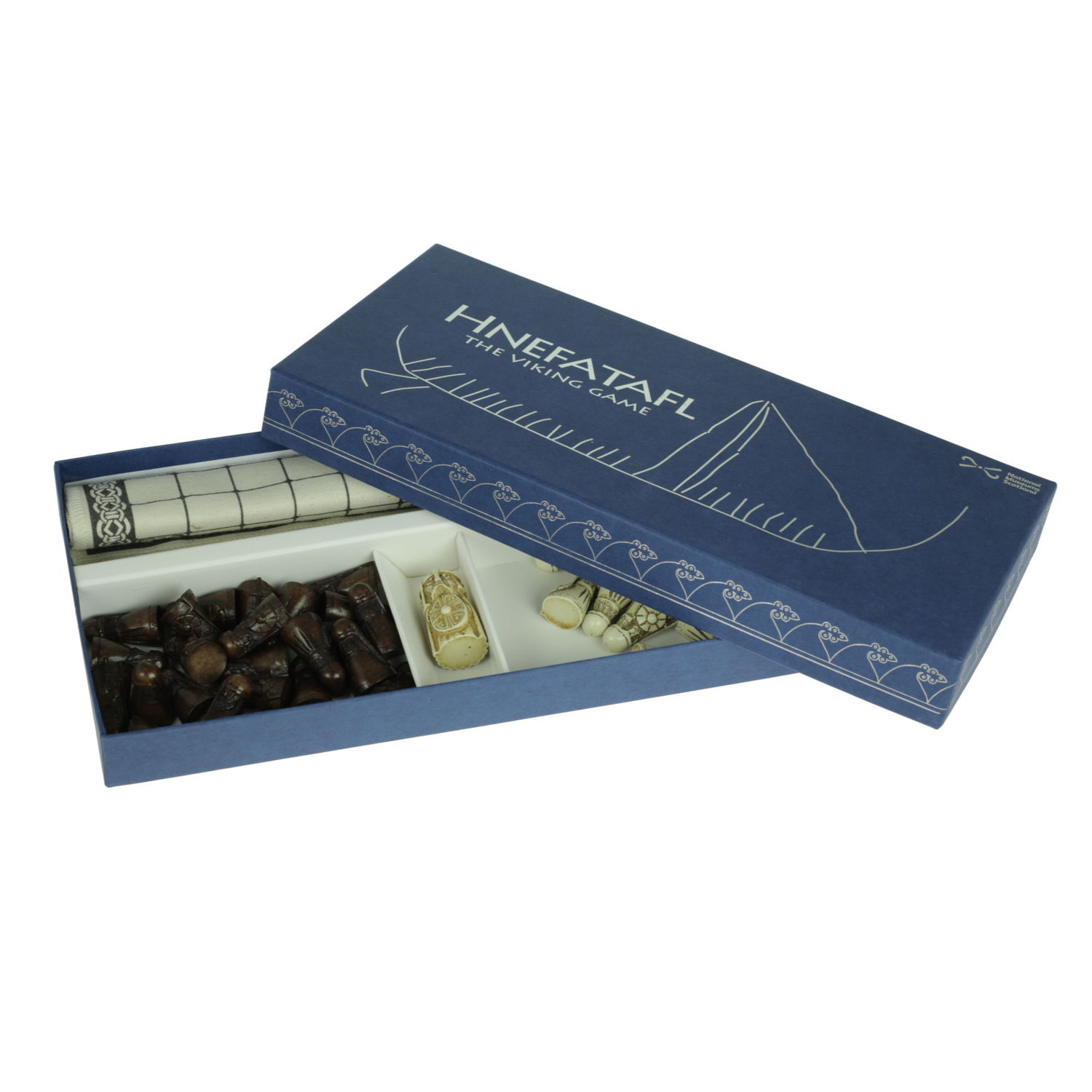 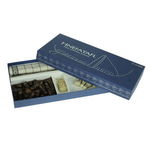 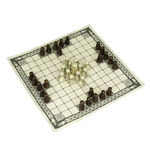 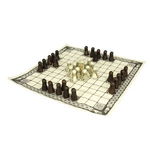 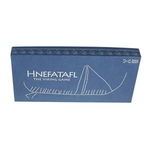 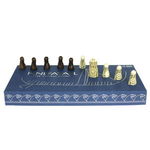 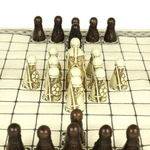 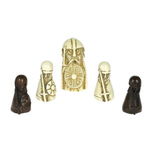 Hnefatafl - The Viking Game
Back

Hnefatafl – pronounced as nef-ah-tah-fel – is a historic strategy game played by the Vikings. The rules are easy to learn and is thus a good starter game for kids before going into chess. Similar to chess, it is a 2-player game that requires strategic thinking and you quickly become addictive to it.

The pieces are made from durable polyresin and measure approximately 3cm in height. The board is made from natural linen for an authentic touch and is 29 x 29cm in size.

The box contains the board together with the 37 pieces, all of which depict Viking characters. There are 24 attackers, 12 defenders and the king whose aim it is to safely escape the battle. A user instruction is included and covers the languages English, German, French and Japanese.

This is the official version of the National Museum of Scotland.

© 2022 Lion Chess. All rights reserved.
Our site is using Cookies to enhance your user-experience. By using our site, you agree and accept that we are using Cookies. To find out more about Cookies and how we use them at our site, please read our Cookie Section.
Close